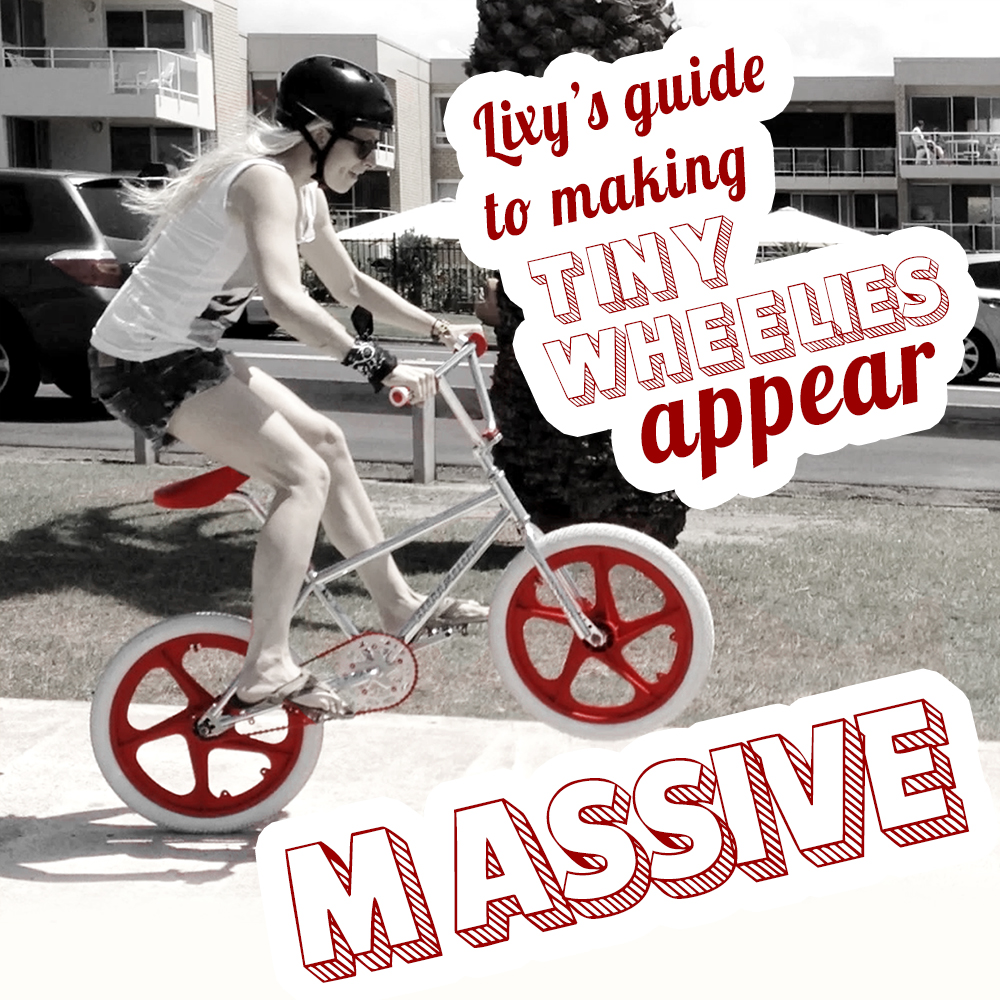 Last weekend really felt like summer. I spent it up at Alex Heads (Alexandra Headland) on the Sunshine Coast staying with friends and family. James and I spent an hilariously fun couple of hours on Sunday filming my badass ‘tiny wheelies’ as we rode around the coastal bike path. From that iPhone video footage I’ve put together a comedy short film, a guide of sorts, for those who’s wheelies are as mad as mine and want to make the most of it. 😉

I hope you get the same laugh out of watching it as I did putting it together.